Below you will find the text of the address to the Brethren given by the Provincial Grand Master, R.W.Bro. John S. Evans, at the Virtual Provincial Grand Lodge held via Zoom on the 28th of November 2020. The meeting was attended by a large number of Brethren from across the Province. Also in attendance was R.W.Bro. Ryan Williams, Grand Secretary.

Both will assume their new ranks on 8th December 2020.

On the 17th of March 2020, the Provincial Grand Master issued the following statement:

The Grand Masters of the Orders administered from Mark Masons’ Hall, which includes the Mark and RAM, have jointly agreed an immediate General Suspension of all Masonic Activity for a period of four months.

I fully support this decision and let me say that I have been heartened by the manner in which you have all, particularly our Secretaries and Scribes, approached the uncertainty that we have faced over the past few weeks and days.

I am currently consulting with the members our Provincial Executive to formulate a plan that will ensure that you are all kept fully updated as to future developments, we will communicate this to you as soon as possible.

Please look after yourselves and your families Brethren, keep in touch with each other by phone or email.

Yours sincerely and fraternally,

The Provincial Grand Master regrets to announce that the RAM Assembly scheduled for April 4th 2020 has been cancelled. The full text of his announcement appears below. 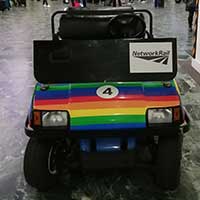 Members of North Wales attended at the Grand Temple in Queen Street, London for the March Communication.
read more

On behalf of the Lodge, W.Bro. John Crump presented £1,000 to North Wales Mark Benevolent Fund and welcomed Steve Williams as their newest member. Well done all at St Giles. 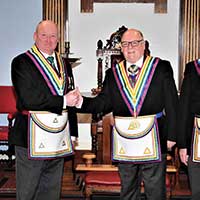 The first team visit of 2020 saw the Provincial Team attending the Installation of Bro. John Pritchard into the chair of Y Geninen Lodge of Royal Ark Mariners No. 259.
read more 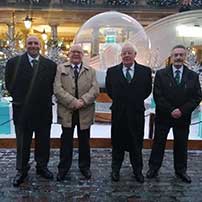 W.Bro. Roy Potter and W.Bro. Gwyn Edwards were honoured with RAMGR at the event. 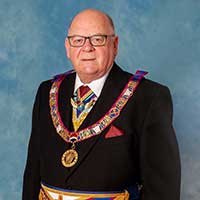 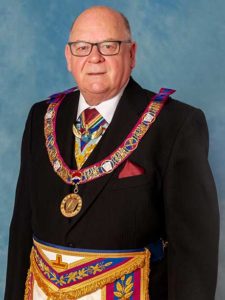 Their Investiture will take place on Tuesday 10th December at Freemasons Hall, London.