The St Eilian RAM Lodge No. 360 will be holding its annual Summer Buffet and Barbecue on Sunday 25th August 2019 at Cemaes Bay.
read more

The Festival total amounted to £1,351,349, the highest total ever achieved. 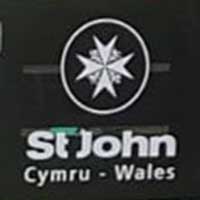 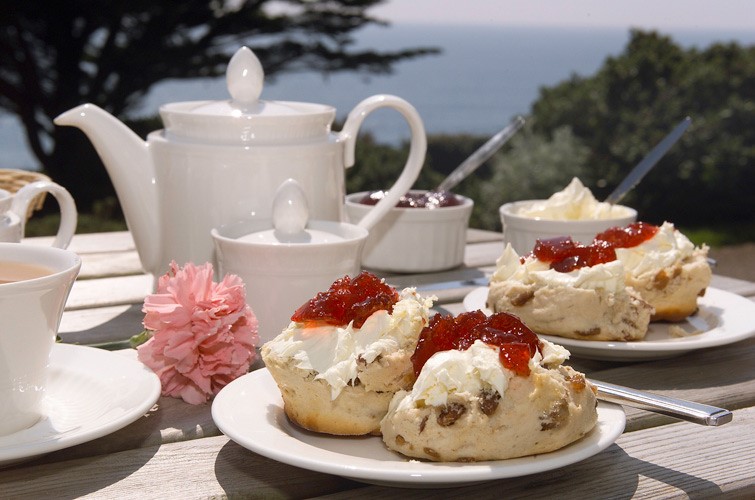 A sumptuous Strawberry Fayre will take place at the Bangor Masonic Hall on Saturday the 3rd of August. Admission will be £10, with all proceeds going to the Mark Benevolent Fund.

>> Glass of Prosecco and Tea or Coffee
>> Cream Tea, Strawberries and cream
>> Live singer to entertain
>> Bring your friends and family 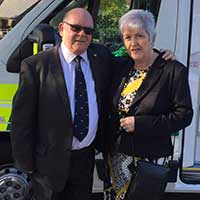 On Saturday 20th October, our Provincial Grand Master and his wife Susan were the guests of the Priory of Wales at the Installation of the Chancellor and Bailiff of St. David’s and the Priory of Wales Visitation to North Wales. The event was held at St. Asaph Cathedral.
read more

Many of you will recall my presentation some time ago that took us on a journey through the year 1868. A presentation that our Worshipful Master still gives at many Lodges – and quite ably too so I hear!

150 years later we celebrate the founding of the Mark Benevolent Fund by Canon George Raymond Portal. He was the Deputy Grand Master at the time and was only 41 years of age. Just one year later he became the Grand Master.

Brethren, something we can all aspire to! Without Canon Portal we would have no Benevolent Fund and our Lodge would certainly not exist. There would be no need for Almoners or Charity Stewards. Imagine that!

Brethren, 2018 has been quite a journey too. A year that I will look upon with great pride and fondness.

Our 150th anniversary celebrations of the Mark Benevolent Fund started in January with the Inaugural Canon Portal Memorial Lecture. It was delivered by R.W.Bro. Jim Daniel at Mark Masons’ Hall under the banner of the Grand Masters Lodge. It was only fitting that the subject of the first lecture was Canon Portal himself.

In March and for the first time since I joined Grand Lodge in 2011, all our Provincial Grand Almoners came together at Mark Masons’ Hall. It was an opportunity to gather together and talk about the issues that they face on a day to day basis. There were many excellent speakers that gave overview and insight to how the petitions and worthy causes committees function. The decisions made by these committees are not taken lightly and each case is scrutinised from many angles. The Trustees of the MBF are made up of solicitors, accountants, doctors, consultants and businessmen. I hope for those of you who attended this gave you a better understanding of the processes in place.

June saw a visit to Cardiff to continue the National roll-out of vehicles for St John Ambulance. HRH The Duchess of Gloucester, Commander-in-Chief for St John Wales, took delivery of three ambulances and a treatment centre in a ceremony at Llandaff Cathedral.

July, of course was the 150th MBF Festival in Lincolnshire. They raised a magnificent £853,023. A great weekend was had by all and the banquet – now a black-tie affair – was a resounding success which culminated in fireworks display. My congratulations to everyone involved in the arrangements.

The whole of the funds raised from the MBF Charity Walk in 2017, some £437,000, has been utilised. The MBF has given grants to 26 Blood Bike Charities throughout England and Wales. 17 bikes and 9 cars have been handed over.

We had our very special MBF Church Service in Lincoln’s Inn with our very own Charity Stewards in attendance supporting the Grand Master. 120 guests filled the Old Hall as Prince Michael moved around the Old Hall chatting with people from all our Provinces in England and Wales.

Also, in September Mark Masons’ Hall took part in the London Open House weekend. It was a chance to showcase the building and the charitable work and the MBF. We opened our doors for 4 hours one Sunday and saw over 400 people pass through. We completely under estimated the popularity of the event.

Finally, October sees our seminar for active Provincial Grand Charity Stewards at Mark Masons’ Hall. Like the Almoners Seminar it will be an opportunity for them to meet each other and the team at Mark Masons’ Hall who deal with their questions and queries every day.

Brethren, the MBF is the official charity of every Mark Master Mason. It never ceases to amaze me of your generosity. Every penny comes from your pockets. We do not rattle our tins on street corners.

Your continued support is overwhelming.

Exciting times are ahead for the MBF and I hope you will join me on the journey.

It’s been an amazing year.

Thank you for your kind attention. 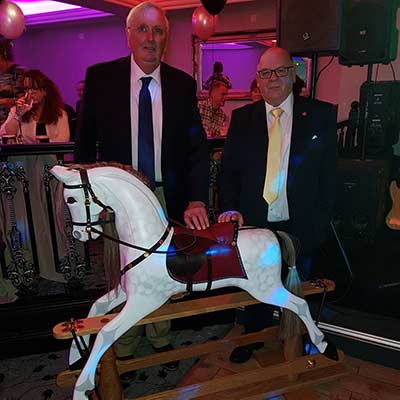 The event, which was attended by over 130 Brethren and partners, was organised by W. Bro. Paul Sefton, ProvGJW ably assisted by his wife Pat and Mrs. Olive Urwin.

Mark Benevolent Fund celebrated its 150th year in a Thanksgiving Service at Lincoln’s Inn Chapel on Saturday the 17th of September in the presence of M.W.Bro. H.R.H. Prince Michael of Kent, GCVO, Grand Master and Grand President of the Fund.

Many Provincial Grand Charity Stewards were present, invited as a thank you for all the work they put in to help make the Fund such a huge success. Among them was W. Bro. Mike Pugh and his wife Sandra.

At a reception after the service the Grand Master spent time meeting all of those who have made a difference, listening with intent to their stories of support to the Mark Benevolent Fund. 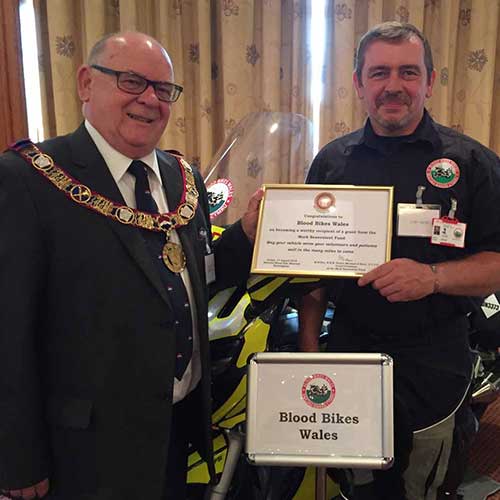 The Blood Bikes provide out of hours transportation services for local NHS in the movement of blood and human tissue, they do this free of charge thus reducing the strain on the NHS. 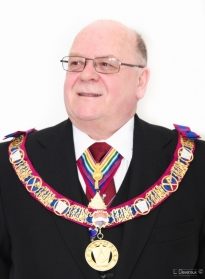 On the 14th of August 2018, the R.W. Provincial Grand Master hosted the annual Grand Officers Luncheon at Elwy Hall, Rhyl.